*WARNING*: MAJOR SPOILERS AHEAD. If you DO NOT want to be spoiled, please DO NOT read. You have been warned.

Entering the second case, the team had to investigate a murder that took place at a baseball field. Someone was tied up and being tortured with the constant tossing of the baseballs–among other things before leading to his death.

While Yang Qian and Jing Ling were out interviewing the baseball players at that one field, Lei Gong and Xiao Xiang were helping Professor Yang with the autopsy and documenting. The deceased was named Zheng Da Wei (鄭大偉), the baseball team’s manager. He was known to the others as a bully, at least according to the accounts of the other baseball players and even the coach. Jing Ling verified that the others weren’t lying yet pointed out there was one suspicious person not speaking up at all and seemed to be hiding. Yang Qian and Jing Ling tried to talk to him afterward but didn’t get much.

Unfruitful on the interrogation front, they focused on the evidence collected at the scene and managed to narrow down some suspects. At least one of the fingerprints found on the baseballs confirmed their suspicion on that one guy, Hong Zhao Ming (洪昭明). Yet they couldn’t rule out the rest of the team at the moment. There was other evidence to consider. Because according to Professor Yang, there was an unknown tear mark on Zheng Da Wei’s face that they weren’t able to identify yet and it didn’t belong to Hong Zhao Ming. Just when Lei Gong told Yang Qian to continue following the lead with Hong Zhao Ming–not wanting to disregard his suspicious behaviors, Tou Mu rushed into the room to tell them of his new discovery. He found out that there was a foreign fingerprint, i.e. not belonging to any of the team members.

The thirteenth fingerprint belonged to this guy, He Pei Hua (何佩華). He was kicked out of the team by Zheng Da Wei because of an illness. The night of the murder, he was working overtime hence not leaving until 9 P.M. Afterward, he went home.

So while Yang Qian was questioning the guy, some of the others were seen eating lunch together. Jing Ling was talking about bullying and wondering why they were doing that to one another–in reference to the case and what was going on within the baseball team. Tou Mu used Xiao Xin as an example, saying that was how she chased her pursuers away–by bullying them. When Jing Ling agreed with Tou Mu, she got hit by Xiao Xin, which proved their point (lol). Xiao Xin ended up turning to Xiao Gao, using him as an example, saying that just based on his face, he was probably a victim of bullying. Xiao Gao, the only one not speaking up yet, contradicted Xiao Xin. Xiao Gao said that when he was still in school, his classmates often invited him to hang out or play with them, saying that he wasn’t bullied. When the others asked him what games, his list just proved that he was bullied–without even knowing it. Xiao Gao, still in denial, told the others not to be jealous of him, lol.

He Pei Hua’s DNA matched the tear mark on Zheng Da Wei’s face. So Yang Qian and Xiao Xiang went to fetch him. He Pei Hua’s reasoning was Zheng Da Wei had pushed him into a wall. It seemed like Zheng didn’t want to stop at the initial yelling, but never stopped bringing him down–among other things. During the interrogation, He Pei Hua admitted to the crime.

Although they were able to solve the case and had gotten the killer to confess, Yang Qian wasn’t as happy as she initially seemed when she headed out earlier. It was indeed a very sad case. What Yang Qian was upset about the most was how the others had seen He Pei Hua being bullied too yet didn’t stand up to Zheng Da Wei or tried to help the situation. Lei Gong said it wasn’t as easy with standing up to him as it would be seen. Jing Ling agreed with Lei Gong and told them about Stanley Milgram’s experiment. Lei Gong tied the two cases together by saying how the participants seemed to think that the person at fault was the one who had issued the orders (in the Milgram experiment) yet they didn’t realize they were also at fault for not helping the situation either, just like how the others blamed Zheng Da Wei yet didn’t interfere to help He Pei Hua. Jing Ling then said that the Milgram experiment was fifty-three years already, so it was a disappointment that mankind hadn’t advanced at all. Just when the others were still feeling down over the case, Xiao Xiang walked in all happy, which Yang Qian shot him down, warning him that she was in a bad mood so he better turned his smile off. He told them he found a new lead so they gathered around to check it out. 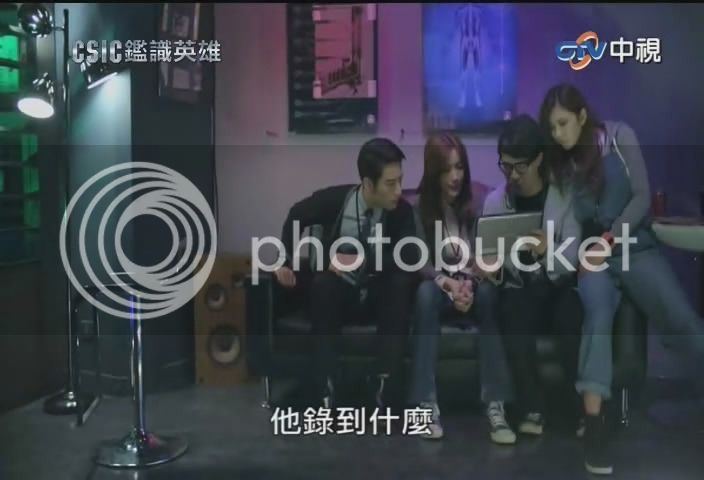 Yang Qian had told Xiao Xiang to be on the lookout earlier on that one street area. She had initially wanted to torture him a bit, but it seemed successful with his persistence. Someone had recorded a clip of how He Pei Hua had gotten rid of the evidence. Yang Qian commented that they got all evidence they needed so it was a sure case, and she bragged about her luck with how she’d discovered the egg with two yolks earlier. Lei Gong wanted to sabotage her for being superstitious again yet he soon realized that another explanation could explain the similar DNA. Perhaps it wasn’t He Pei Hua after all? Because he had a twin brother, He Pei Zhong (何佩中). And both admitted to the crime, not backing down. So their only lead was to find out where the evidence disposal site was and had that analyzed. After they had that done, it was easier (or not) to see which one was actually telling the truth and which one was actually trying to cover up for his brother. (Or were both involved?) 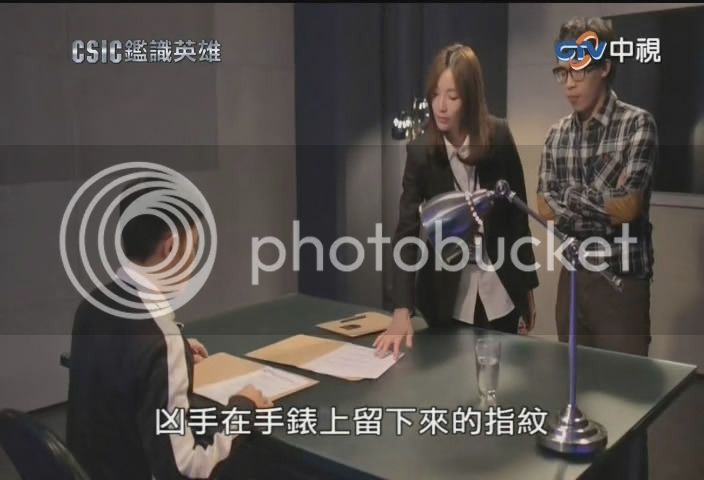 Indeed, their teamwork paid off once again with cracking the mystery. It was a tough call, but because whoever had gotten rid of the evidence had hurt his hand while disposing of the items. Lei Gong had his jacket scratched up when he was opening the container hence allowing him to look further into the hedge to see some fragments of skin/blood. What trapped the two even more was what was used during the time of the incident.

The brothers had agreed to let He Pei Hua take the rap since he was already so sick. However, He Pei Zhong couldn’t let his brother take the rap in the end, even if it was without the pressures and evidence piling up. He Pei Zhong apologized for not protecting his brother and even almost let He Pei Hua take the rap for him. Now, he needed to do what he had promised their father, to take up the responsibilities. Although it was tragic as to what happened, Yang Qian said that what He Pei Zhong did to Zheng Da Wei wasn’t any different from what the latter did to the former’s brother.

Then they watched that one video clip of He Pei Hua being bullied one last time before commenting. Lin Sir said that young people nowadays were too rash or impulsive yet the best way to deal with bullying was to use one’s brain. Ironically, that seemed different when he was dealing with a certain someone who was currently pursuing his daughter.