WARNING: MAJOR SPOILERS AHEAD. If you DO NOT want to be spoiled, please DO NOT read. You have been warned.

Finally, change of air after last episode’s whole bullying scenes. Bi Ying’s back! I miss her!

More singing! Wang Wei giving them a hard time again. (Well, have to keep them in line, right?) So funny Chen Tian Bin was acting like he knew. It was priceless seeing Wang Wei all annoyed. (Shan Ren did everyone that favor and yelled at Tian Bin! LOL! Can’t believe it! But that wasn’t the funniest thing since the funniest thing was seeing Shan Ren messed up! I want to see Wang Wei try!)

Eh…sneaky all right. Shan Ren managed to confiscate one, BUT it did not stop someone from putting another on! LOL! Trying to cheat with the lyrics. OKAY… (What was even more ironic was the guy was chanting the wrong ones though it was supposed to help him remember.) Wang Wei had to step in and stop Shan Ren! LOL! This was getting interesting by the second.

So funny! They were honestly brave! Dared to invent such a song. (Shan Ren trying to snatch Bi Ying’s job? LOL!) Lucky the guys got to perform. Bi Ying and Wang Wei seemed to be enjoying it, lol. (Shan Ren was so embarrassed he couldn’t look at them anymore in the later parts of the performance, lol.) Aww…Wang Wei was so cute, trying to catch on to the steps. Bi Ying looked like she was still enjoying herself. Shan Ren couldn’t even get away! Wu Yong got a strong grip! (And Shan Ren wouldn’t want to spoil everyone’s fun, right?)

This is too funny. They were at it again. PHEW! Lucky Da Tong was with them OR they would’ve been caught already. No wonder Da Tong was shushing them. ‘Cause they were in the higher authority’s bathroom. Man! They were so off! Da Tong daydreaming and Wu Yong not able to switch it in time. Well, there were the others so it wasn’t as bad. BUT unlikely to succeed based upon their current record. I can’t believe Chen Tian Bin succeeded! But he could be sneaky so it wouldn’t be much of a surprise versus the others.

So funny that the guys were waiting for things to happen and Luo Gang was puzzled about their behaviors. It was so funny! LOL! Lai Hu even invited Luo Gang to join them in the waiting thing, lol. But it was something worth looking forward to. LOL! Serves the other guy right for starting it. IF he hadn’t mess with Da Tong and the others, he wouldn’t get it. Even Shi Jun was laughing nearby, lol. It was too hard to resist. (In fact, it was worth getting in trouble for.)

More background information. And indeed somewhat of an emotional scene. Luo Gang fighting with himself inside, etc. An Bang covering for Luo Gang again–though it was in the personal department this time. Anyway, Luo Gang still found the time to be random? (LOL) What? Awww….Sheng Nan shifting? (Or more like the plot was deceiving before.)

Okay, let’s try this again. (LOL) Luo Gang did better this time around – of course – since he recovered already. Funny that Lai Hu finally get to brag. Hai Sheng was not giving up (like usual). But the taunting was more fun to watch now, considering how they were not that tense anymore. Hai Sheng got too happy too early! LOL! OOOHHHH….no wonder he lost his concentration! How could Shan Ren do that? (Even if everyone knew.) That was messed up! It was so funny, even Luo Gang joined in calling Hai Sheng the ‘name’. LOL! It was so nice seeing Luo Gang loosen up and getting along with the rest of the gang. Even An Bang was in high spirits – since he was even willing to give Lai Hu some tips. Eh…Shi Jun was improving. His confidence was up. Even Da Tong wasn’t so bad either. (At least the others didn’t have to flee for their lives this time, lol.) YES! An Bang was regaining his reputation! (So funny that Shan Ren was mumbling stuff and Sheng Nan shush him, telling him to wait and see, lol.) Aww…Luo Gang was finally smiling at An Bang versus the whole hostile attitude from before. (It was like he was finally acknowledging his brother.)

Someone was still paying a price, lol. It was just too hard to hold it in. (And he could only scold at Shi Jun BUT couldn’t do anything since the others were laughing too hard.) Again, shouldn’t have started it. Wu Yong, Da Tong, and the others were more than capable of tricks. 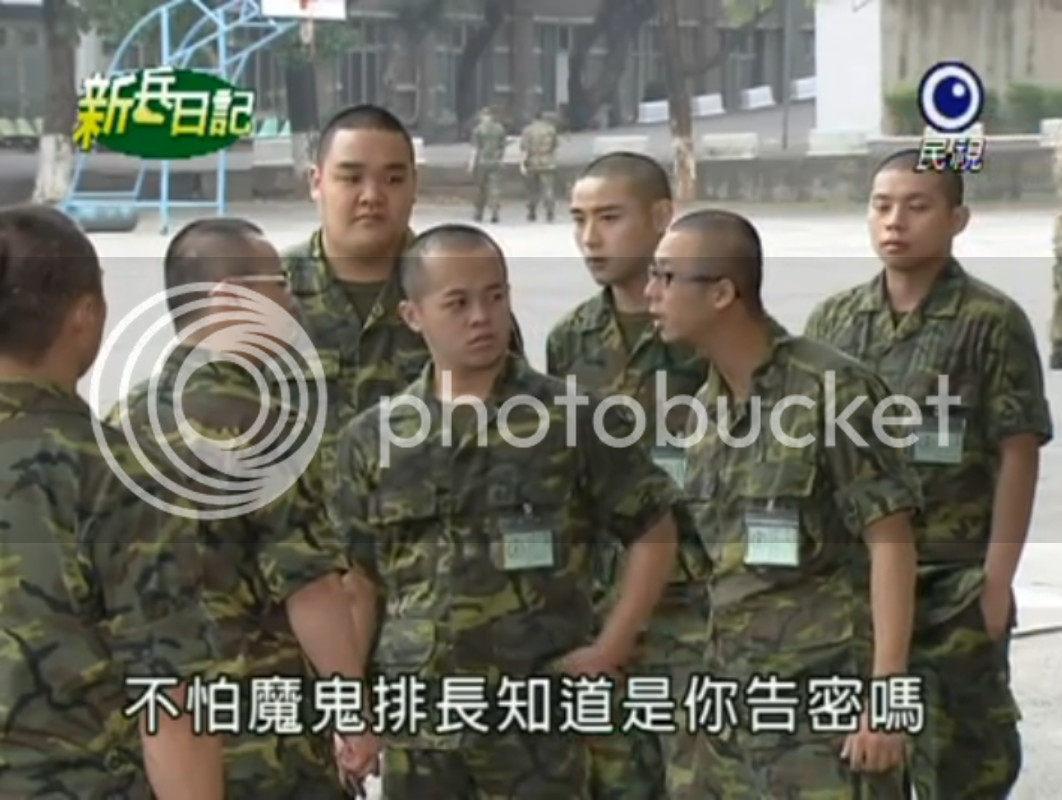 Oooooooh….so he was the one who ratted on An Bang. NO wonder. But then I was really touched by what Da Tong and the others did when Luo Gang was still reconsidering matters. (Luo Gang was definitely taking An Bang’s words seriously now.) Yes, I’m a sucker for that. The guys were bonding even more now. That was the idea, looking out for each other, etc.

Not only that but I actually like the idea how Lai Hu was helping Luo Gang calm down this time around versus the other time when Lai Hu was upset. It showed that Lai Hu wasn’t the only one needing to look after, but Luo Gang also needed some support. It was so funny how Lai Hu pointed out that Luo Gang was concerned for An Bang but Luo Gang didn’t admit it. (Hahaha)

And the episode exited with An Bang running and reminiscing of what just happened. If I didn’t hate that bully before, I hate him now. Annoying to the hardcore, causing so much trouble.

Previews show more hilarious scenes. But this time at Hao Zhi’s expense. Poor Hao Zhi being made fun of by everyone. AND just to rub it in, Shan Ren was the one who read the letter out loud to everyone. Eh…ghost? Ekkk! And more funny exchanges between You Shun and Xiao Yan. Finally Xiao Yan’s back! Hahahaha! Shan Ren totally got it big time! LOL! So looking forward to the next episode.

Ratings took a dunk to a 10.95 for this episode. WOW…still lucky that it is above 10. I guess people are losing interest. Hope that the new characters would bring in more interest for the upcoming episodes.